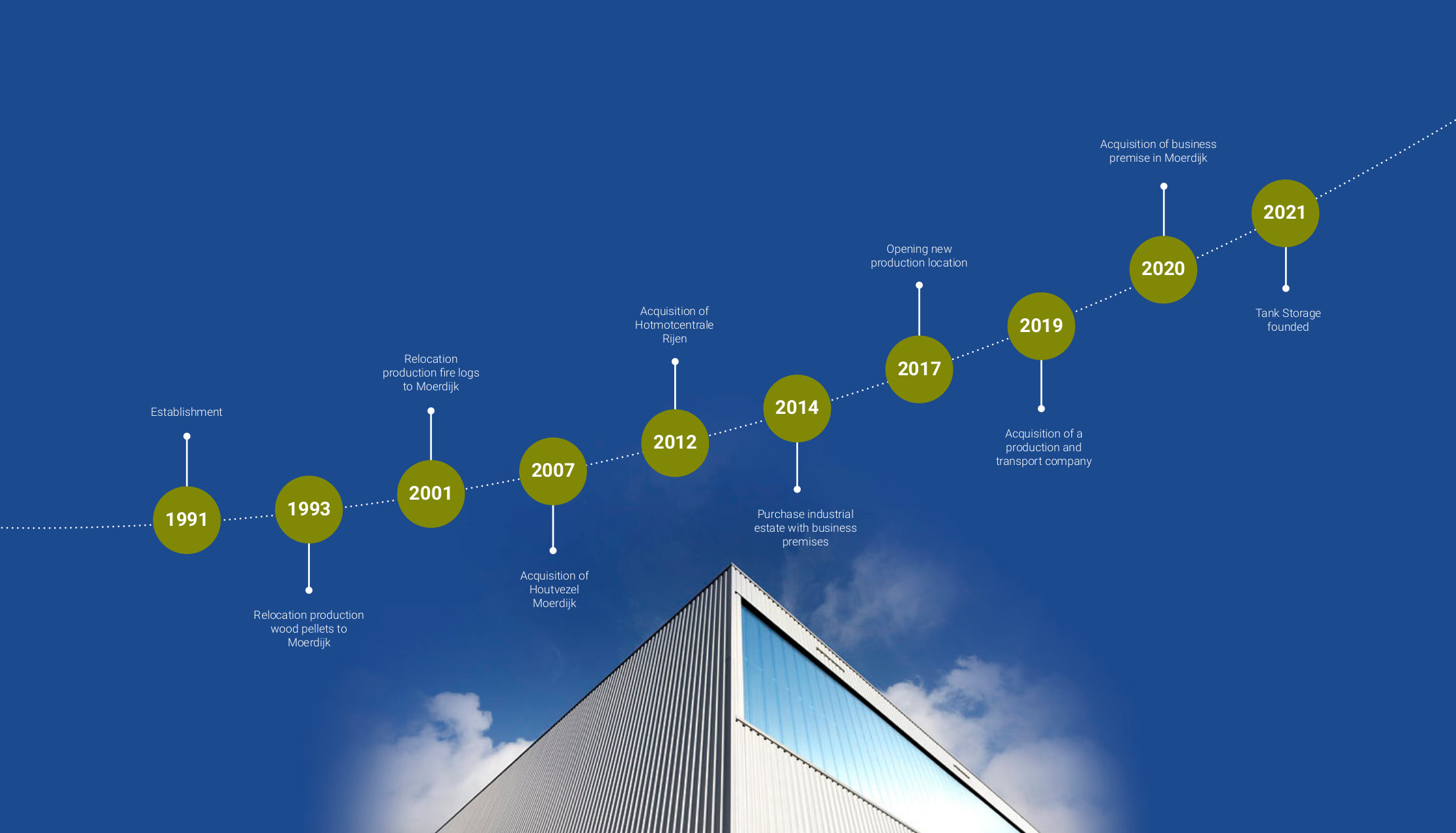 The Labee Group Moerdijk was established in 1991 by Barend Labee after he took over the Vezelpers in Langerak. To the activities those years belongs the collection of wood fiber for the production of animal bedding, fire logs and wood pellets.

The establishment in Langerak was soon too small and some business activities, among which the production of wood pellets and animal bedding, were moved to the port area in Moerdijk. The relocation of the production of fire logs to Moerdijk took place in 2001. In 2007 Barend Labee transferred all the production activities to the new holding of which the two sons Herbert and Alex are the owners. Together with Hylko Brandsma they form the management of the Labee Group Moerdijk and its operating companies.

In the same year we bought the transport company Houtvezel Moerdijk B.V. with its activities. Several acquisitions followed and by expansion of the company we purchased new industrial area in 2014 in the port of Moerdijk. In 2017 we opened a new building and expanded our business activities further. Our operating company Energy Pellets Trading was established. In 2019 we acquired De Lange Holding B.V., a production and transport company in the Netherlands and Tank Storage Moerdijk was founded in 2021.

Our 8 operating companies of the Labee Group Moerdijk supply our products to retail chains including supermarket and DIY-chains as well as wholesalers. We deliver just in time worldwide to our customers and are market leaders in Europe. 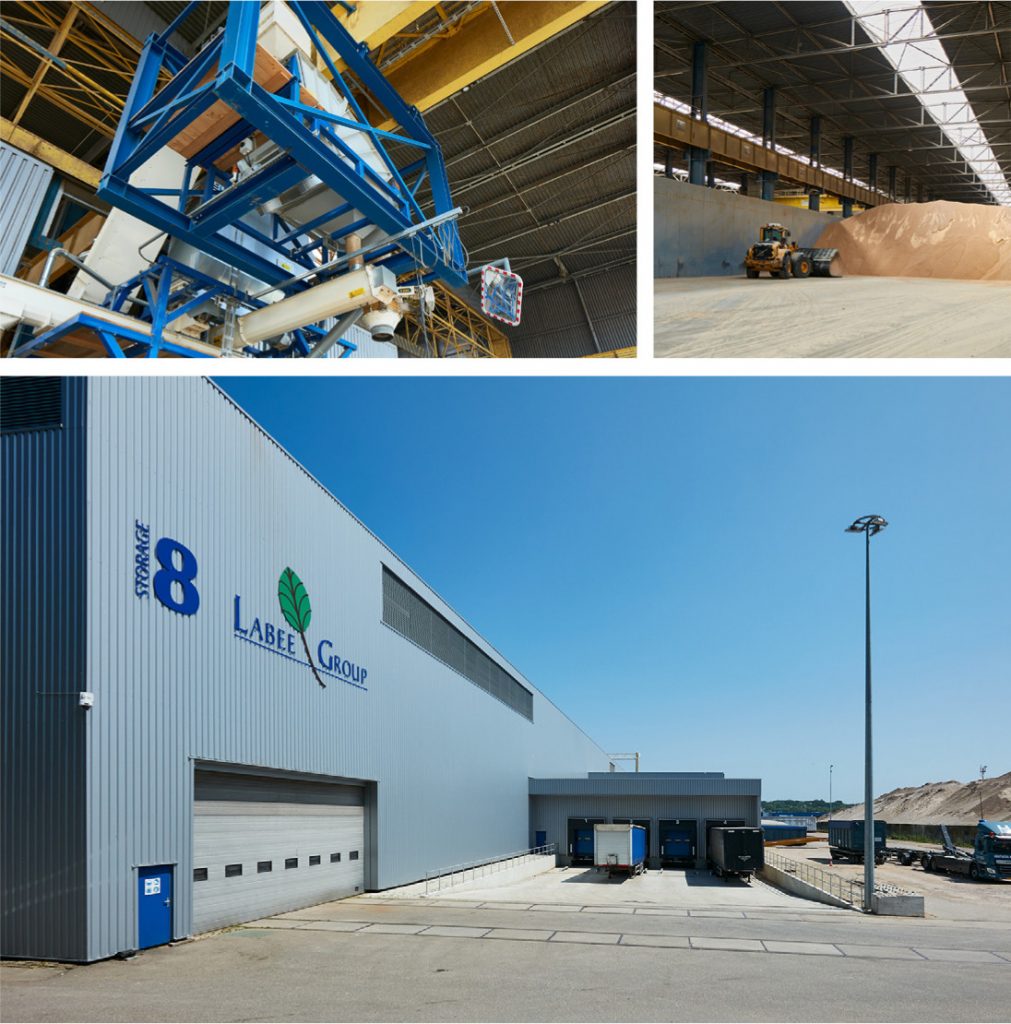 Please don't hesitate to contact us for more information.
We will contact you as soon as possible.